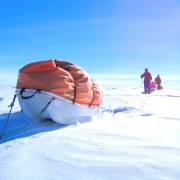 I must have all the luck! Anytime I go on an international trip, I always have so many issues that I am expecting things to happen regardless…

Despite my barely being packed until the last minute before my departure time, I made it to the airport with plenty of time to spare, thanks to the help of my friends! The plane took off, and less than half an hour later, just as I was dozing off, I heard the calm but unexpected announcement from the pilot:

“There is nothing to be concerned about. It’s only an act of being cautious.”

What does that mean?

The announcement continued,  “One of our redundant hydraulic press switches is not functioning. It’s just a redundant one. We are in no danger. There is nothing to be concerned about. We are returning to Boston.”

Well, the quickest round trip I ever made on any flight.

Finally, the parts were replaced, and we were off again. We arrived at London Airport more than three hours behind schedule, and I thoroughly missed my connection to JetAirways. After being sent back and forth multiple times between terminals and counters, I was finally booked on the next Qatar Airline flight to Doha, Qatar, taking off 3 hours later. I would then arrive at KTM (Kathmandu) 2 hours behind my original schedule. Not too bad. 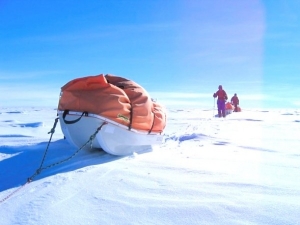 “What about my luggage??”

American Airlines (the airline for my first leg) replied, “We will send a message to JetAirways to send them to Qatar.”

I was not convinced and doubled checked with Qatar, who said, “We will send a message to JetAirways to send the luggage to us”.

A “message,” apparently the modern way of communication, is sent between computer systems without needing any human interaction.

Service on Qatar Airline was excellent, and the food was delicious. It was interesting to stop by Qatar, a country I never really knew. The airport was clean and modern, and I didn’t have to worry about spending a night in Mumbai airport anymore, my original route.

Doha is a very busy airport where flights from all over the world are taking off around the clock, so it was quite noisy throughout the night, with only a couple hours of quiet between 2:30 and 4 am. I stayed up all night working on my laptop, catching up on the writings I haven’t been able to do while busy packing and moving during the past few weeks.

While waiting for the luggage at KTM airport, I told myself that it would a nice surprise to see my luggage, because my luggage has never arrived with me when I missed the connection during my past trips. But I didn’t want to give up too early, and dutifully waited until the conveyer belt completely stopped, then filed the missing report.

In the evening, my friend Lily Chou in Boston helped me to contact my travel insurance agent to help trace the luggage. But airline service in Nepal does not work around the clock, so there is no way to talk to anyone before the next day, and it’s very difficult to make international phone calls from here.

The next day, Jangbu Sherpa, who is leading our Sherpa service in Nepal, sent his staff back to the airport a few times, and we pestered Qatar airlines. By 4 in the afternoon, Qatar said they have sent three “messages” to the London office, but have no idea where the luggage is.

Now I begin to suspect that a “message” is just a message in the system, and does not really mean that anyone is reading it. Then I also remembered that when I filed for a missing report at the airport, there was no computer at the counter. All I got was a piece of paper with hard-to-read handwritten notes, no claim number. Now, I am not even confident that the “system” knows about the missing luggage.

There are three airlines involved: American Airlines, JetAirways (India), and Qatar Airlines. I started to bombard each airline office in Nepal with phone calls, and had Lily and my travel insurance agent inquire through their international offices.

Each of them tried to direct me to others, suggesting the other airlines should have the information in their systems. How can no one have information about my luggage in their system? It seems Qatar is the one ultimately responsible to trace down the luggage. So I called Qatar again,

“What do you mean you don’t know where my luggage is?”

“We can’t see it in our system. We have sent three messages to London, no reply.”

That is not acceptable! So I suggested they talk to a human on that side, not the automatic message in the system, where it seems that no one is reading the message. They finally made a phone call, but they still don’t know where it is! So I suggested they have a human look for the luggage!

Finally, a few more rounds of phone calls later, they confirmed that they found the luggage in London, in the hands of JetAirways. Apparently, no human really read those system messages until an actual person talked to someone else, and had another person looking for the luggage!

No matter how many ways we modernize our system, it still takes a human being to do the actual work. Modern technology can’t replace humans. Lessons learned— don’t assume anyone is looking for the luggage without being pushed really persistently, and I should have inquired through their international office directly when the local office would simply go home after 5pm.

TRIP TO EVEREST – MY IMPRESSION OF KATHMANDU, NEPAL
Scroll to top