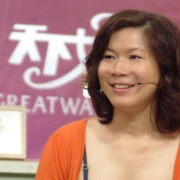 When you are building a new business, or want to become the best in the world, you know you are in for an adventure. Exciting, right?

When I was skiing toward the south pole, a journey that very few people have taken, I learned, the biggest challenge in an adventure often is not exciting, or adrenaline-driven, or newsworthy at all!

Can you imagine what it’s like if the world you live in looks like the inside of a Ping-Pong ball? The earth is a boundless white plain, the sky is like a gray blanket. The sun shines from behind thin clouds like a dim light bulb and hangs just above the horizon 24 hours a day. No sunrise no sunset, no moon no stars. Not a tree, not a rock, not even a bug. The world is dead quiet.

That’s what my world looked like when I was trekking to the South Pole.

For more than 10 hours each day, we repeated one step after another, pulling behind each of us a monster sled that was as big as a bathtub and weighed more than 100 pounds. It was a perpetual uphill trip, against a direct head wind, at a temperature of minus 50 degrees Fahrenheit. It was so cold that even a quick stop for water or a bite would put us at risk of hyperthermia.

I tried to entertain myself by counting numbers, but staring at the empty whiteness, I went completely brain dead. I could not even count to 100.

By now, you probably think that your daily chores, or even the most tedious 9-5 desk job, sounds more exciting?

In fact, on expeditions like this, many people give up due to the extreme boredom. What’s the point to endure such torture?

When we are dreaming about adventures, often, our imaginations are filled with excitement. You visualize yourself as a wonder woman or a superman. You are making those heroic moves to fight evils. You look forward to the glorious prize and grand celebration. But the truth is, the journey is often just one tedious step after another, repeated day after day.

On that thankfully once-in-a-lifetime minds-numbingly boring trip, I learned, the biggest challenge is often disguised as daily mundaneness.

The difference between those who succeed and those who don’t actually comes down to how they handle everyday tasks.

No matter you are building the foundation for your new business, or trying to break through a plateau on your way to become the best in the world, there will be time that you find yourself in a disorient and unfamiliar world, few people can advise you on what to expect next, you feel you are fighting an uphill battle with all the forces against you.

Sometimes, everyday tasks may appear boring, menial, or not necessary. No matter how hard you try, you feel you are stuck.

That’s the time most people quit. Not because they don’t have the talent, but because, they couldn’t value the meaning of those apparently tedious steps that build the foundation for long-term success. Unfortunately, there’s no secret shortcut to the top.

When you feel like quitting, remember, every other person is feeling the same pain. The winner is the one who is lasting to the end. Dig deep, remind yourself why you are on this journey. Put in your best effort consistently, step by step. No matter how far, you will be there.

Want to join the discussion?
Feel free to contribute!

ON TOP OF THE WORLD!

Who Am I?
Scroll to top